Just Read… When the Waters Recede, by Graham Smith

I’m delighted to be part of the Blog Blitz to support the launch of Graham Smith’s latest Harry Evans novel, When the Waters Recede. Make sure you read to the end for news of an exciting giveaway! 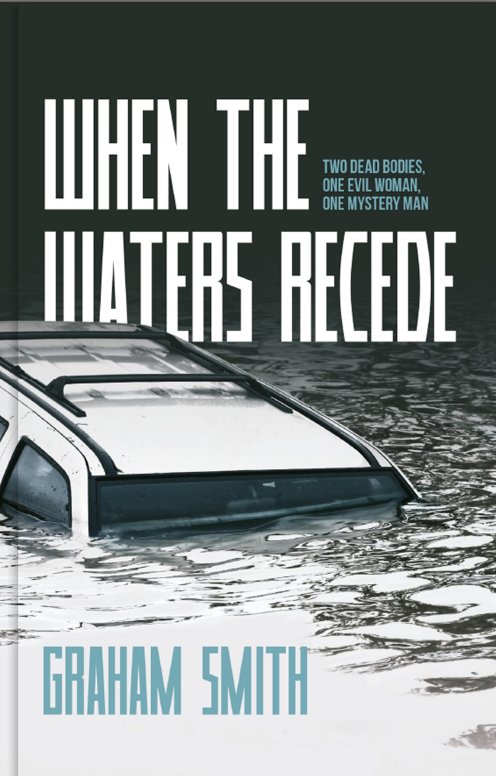 When a car is pulled from raging floodwaters with a dead man in the front and the decapitated body of an evil woman in the boot, Cumbria’s Major Crimes Team are handed the investigation.

The woman is soon recognised, but the man cannot be identified and this leads the team and their former leader, Harry Evans, into areas none of them want to visit. Before they know it, they’re dealing with protection scams and looking for answers to questions they didn’t know needed to be asked.

A lot has happened to Harry Evans since my review of I Know Your Secret. He’s trying to get over the loss of his beloved Janet, and although now retired from the force, he has managed to ‘persuade’ the powers that be to let him back in a consultancy role. As the blurb says above, we’re straight into the story, with not one, but two bodies. The woman in the boot is seemingly hated by everyone, and the identity of the driver is a complete mystery.

Whilst Harry isn’t leading this investigation, it’s him his old team are looking to. And whilst he always seems closest to seeing the bigger picture here, he’s finding himself more and more distracted by both Lauren Phillips (not to mention anyone showing any cleavage) and the problems she’s dealing with.

Smith skillfully keeps us entertained, introducing new snippets of information at just the right pace to keep us readers on our toes.

When the Waters Recede is another accomplished offering by a great writer.

I recently spent some time with Graham as part of his brilliant Crime Publishment course, but if you’ve not come across him before, here’s his bio (and don’t be alarmed, he’s much more smiley in real life!): 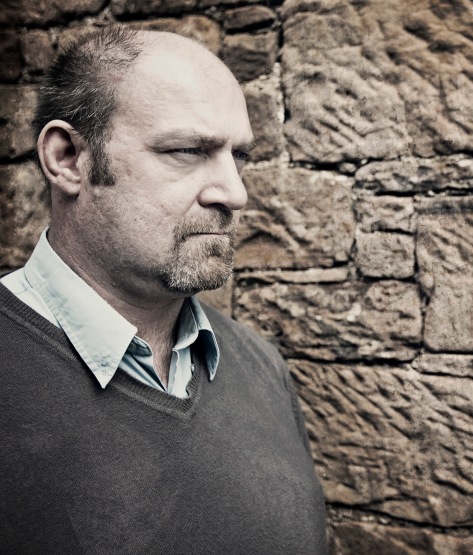 Graham Smith is a time served joiner who has built bridges, houses, dug drains and slated roofs to make ends meet. Since Christmas 2000, he has been the manager of a busy hotel and wedding venue near Gretna Green, Scotland.

An avid fan of crime fiction since being given one of Enid Blyton’s Famous Five books at the age of eight, he has also been a regular reviewer and interviewer for the well-respected website Crimesquad.com since 2009.

Graham is the founder of Crime and Publishment, a weekend of crime-writing classes which includes the chance for attendees to pitch their novels to agents and publishers. Since the first weekend in 2013, eight attendees have gone on to sign publishing contracts. 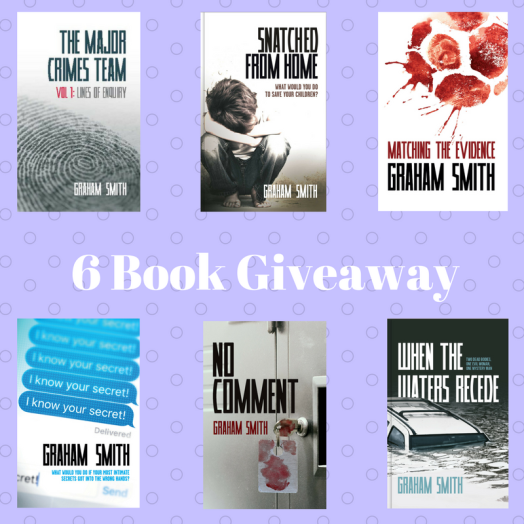 To celebrate the release of When the Waters Recede, Graham Smith is offering one lucky reader the chance to win all six books in the Harry Evans series.

To enter, simply sign up for his newsletter via the link provided before the 5th of June 2018 and you’ll be entered into not just this competition, but all competitions that he runs. Entrants from across the world are welcome.
http://blogspot.us9.list-manage.com/subscribe?u=8bbfc9a3acb79a408253510a8&id=48d2dc65e5 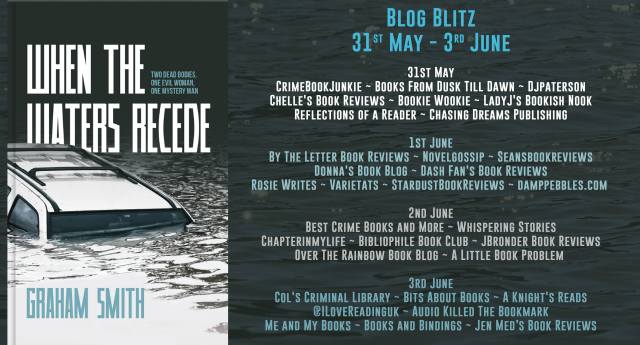 Reader, Writer, Arithmeticer. Not always in that order.
View all posts by djpaterson →
This entry was posted in Author, Book Review, Books, Crime Fiction, Crime Writing, Writers. Bookmark the permalink.