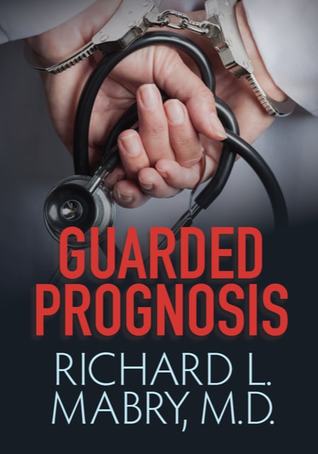 When Dr. Caden Taggart saw the two men sitting in his waiting room, he didn’t think they were patients. He was right, and when they introduced themselves as agents of the Drug Enforcement Agency, things started to get bad.

Then Caden felt as though someone had gut-punched him when his father, Dr. Henry Taggart, told him he probably had carcinoma of the pancreas. When he talked about his son assisting with his suicide, Caden wondered how he could talk him out of that.

When he shared his news with his wife, Beth, she tried to assure Caden that God was in control. But as things progressed, he was unsure that was true. At first, he feared for his freedom. Then for his ability to cope. Eventually, he feared for his life.

This was the first medical thriller I’ve ‘read’ (via Audible) for some time (I think the last one was probably a Michael Crichton, in the 80s!), and this one was written by an actual MD, although I’m pleased that it wasn’t too heavy with medical jargon – although it did stray a little on occasion.

How best to review this book? Mmm…

The positives: The story held enough to interest me, although I found that you do have to suspend belief a little, especially in the supposed exploits of the DEA agents. The author creates a believable medical setting without being too technical. Narration was generally pretty good, and I was keen to find out what would happen to both Doctor Taggarts.

The not so positives: Not the fastest paced thriller out there. I’m normally okay with that if the story and characters can carry you along. The story was okay (with only a few bits that irritated me), but the characters? Wow, annoying. The author, I believe, was in practice from the 1960s, and his characters belong there. Old-fashioned in their outlook, behaviour, and lifestyle, they add a layer of unrealism to the story rather than bring it to life. There’s not much mystery here either. We know who the bad guys are from the off, with the only unknown being the insider. We’re only really introduced to a couple of the people at the practice, so there aren’t many candidates. And I guess like my medical professionals to place a little more reliance on science, and a little less on God.

All in all, mildly entertaining, but not the best out there.

Reader, Writer, Arithmeticer. Not always in that order.
View all posts by djpaterson →
This entry was posted in Book Review, Books, Fiction. Bookmark the permalink.